Would you like to learn more about the history of Long Prairie? Our community has a historian - Jeff Lucas, who is a wealth of information and has even written a book on the history of the area. View his historic photos here, visit his website, watch videos or read his book Images of America:Long Prairie by Jeff Lucas.

The area known today as Long Prairie was once the battle grounds of the Sioux and Chippewa Native American tribes. The US Government established the Winnebago Reservation in 1846, and removed the Winnebago from their reservation in the northeastern part of Iowa to Long Prairie in Minnesota Territory in 1948, departing the area in 1855. Long Prairie thus became the first white settlement in what became Todd County.  Approximately 700 Winnebago’s and 150 building were located here.

Long Prairie, the county seat, was platted in May 1867 and was incorporated as a village on December 22, 1883.

The city was named after the Long Prairie River that flows east through the county from Lake Carlos in Douglas County to Long Prairie, then north to the Crow Wing River. The river was named for a long and relatively narrow prairie, from a half mile to one mile wide, bordering its east side for about 20 miles, from Lake Charlotte and Long Prairie village northward to the west line of Fawn Lake Township. When the post office was established in 1850, David Olmsted was the postmaster until he moved to St. Paul in 1853; he was influential in Todd County and the state, and Olmsted County is named for him.

Since those days, town roads have been cut from the gentle sloping hillsides, straightened and leveled. The river traffic succumbed to the power of the railroad. The addition of a stunning courthouse sitting high above, overlooking the town site greets families and visitors.

"The term prairie is a misnomer. We found a beautiful fruitful valley, lying between two low ranges of hills, interspersed with groves of trees and picturesque lakes and watered by a river winding gracefully through its whole length. It had been the seat of the Winnebago Indian Reservation and there were still standing in pretty good order, a large number of houses. These houses, empty though they were, gave the idea of a settlement, dispelling everything like a feeling of loneliness or isolation."

Mr. A.J. Gibson, who arrived in Long Prairie with his family at the age of five in the early winter of 1857, was another of the first to arrive back in Long Prairie after the Winnebago Agency had departed.  Mr. Gibson is likely the one man who had witnessed the most change in Long Prairie history throughout his over 80 years in the community. In articles for the Leader published between March 29 and April 26, 1934, Mr. Gibson notes his first site and recollections of Long Prairie, as his family came over the hill from the east. Interesting snippets from these articles include the following:

"I can recall my first site of Long Prairie. The road came out of the forest about where the Lutheran church hill is located and as we arrived at the top of the hill, there came suddenly to view the valley of the river and the long open prairie from which the village takes its name. “

“So I say it was an impressive scene that greeted our family as we drove out over the hill and got our first glimpse of Long Prairie. There spread out before us was a little village of several hundred houses, a great number of small farms and garden tracts, all fenced neatly with white oak rails…. It was a deserted village.”

“The government had done a good and thorough job in building the town or reservation for the Indians. Everything was complete for all needs and the buildings were substantial. One of the warehouses was located about where St. Mary’s Catholic school now stands. Another was situated on the site of the Reichert hotel and the third was down near the river about where the Hansmann factory (Southside Auto) is located.” 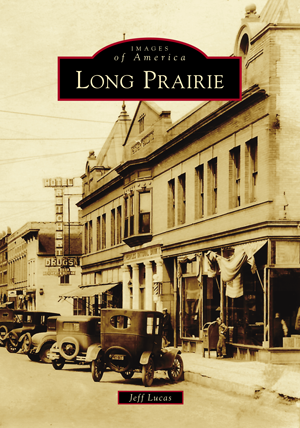 Long Prairie did not always go by the name given to it by the long prairie that extends up the river valley. In the spring of 1860, A.D. Brower came to Long Prairie with a few others to celebrate the Fourth of July. The total population of the county at the time was 27. They all gathered in Long Prairie to celebrate the nation’s birthday and on that day they erected a pole atop the hill on the present site of the courthouse, this pole being known for many years as the “Liberty Pole”. For a time after that the village of Long Prairie was known as “Liberty Pole”. This first pole was damaged by fire in 1869, but not to be deterred a new pole was raised and stood until about the time the courthouse was built in 1883.

As time rolled forward, so did the continued development of Long Prairie. Although many alterations of the original town site have taken place, today’s Long Prairie would still be recognizable to those early settlers who painstakingly and lovingly created their new home town. And I think they would be pleased. Today and future generations can make these settlers proud by protecting their heritage and preserving the buildings that our ancestors built, with a sense of community pride, and sense of place in Long Prairie. 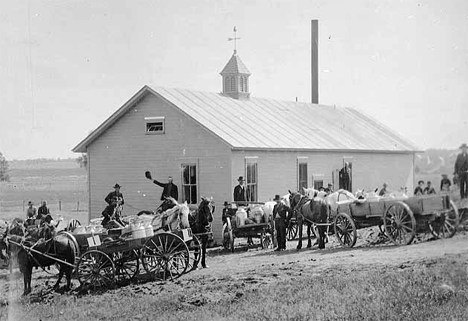 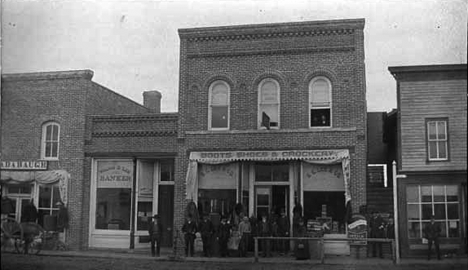 Those wishing to learn more about the history of Long Prairie should contact the Todd County Historical Society.

Marshal Williams was shot and killed as he and a deputy attempted to arrest several bank robbery suspects in Hewitt. The men had fled after being interrupted during the robbery. Marshal Williams jumped on the running board of their car at a roadblock at the river bridge. When he ordered the driver to stop one of the backseat passengers opened fire, fatally wounding Marshal Williams. The suspects fled but were later apprehended after being located in Sauk Centre. All three suspects were found guilty and sentenced to prison ranging from seven years to life.

Marshal Williams was survived by his wife. 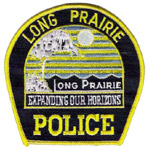 The Long Prairie Police Department and Todd County Sheriff’s Office will be honoring Nation Police Week which is May 13th through May 19th. This week, Law Enforcement agencies throughout the United States will be honoring all Police Officers who were killed in the line of duty.

May 15th is National Police Officer’s Day.  Nine years ago this date, a memorial was dedicated in honor of Marshal George Williams who was the Long Prairie Village Marshal who was fatally shot in the line duty.

Marshal Williams is the only Law Enforcement Officer killed in the line of duty in Todd County.  For more information please stop by at the George Williams Memorial located by Riverside Drive and Highway 71, or the Todd County Historical Museum, on Central Ave.

The County Seat of Todd County, Long Prairie is a thriving community, named for the river that runs through its heart. With a regional airport, industrial park, and industrial business incubator building, Long Prairie is a hub of business activity for the county. It’s also an ethnically and culturally diverse place, with a strong Hispanic tradition and festivals that celebrate its history of more than 150 years. Long Prairie is a progressive community located in Central Minnesota with a growing population of 3,597. With a median age of 37, Long Prairie has strong workforce participation numbers and median household income is on the rise. Still, Long Prairie is an affordable place to live with the average house costing only $120,205 - making the community an attractive destination for young families and retirees.  Working in Long Prairie is incredibly convenient. Most workers have a commute of under 15-minutes! And those who need to...Learn More »

We are Here to Help You Grow. Known as the place “where the forests meet the prairie,” Todd County has a rich agricultural heritage and abundant recreational opportunities side by side. Small-town values and an easy pace of life characterize Todd County. Our agricultural and value-add industries serve as a strong backbone to a growing mix of other sectors. ...Learn More »